“The ancient tradition of the block print is receiving a new interpretation in Jeanne Amato’s hands.” 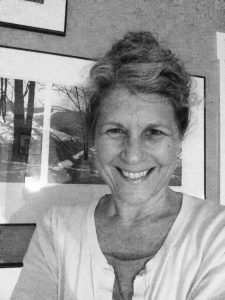 Jeanne received a Bachelor of Fine Arts in 1985 from Keene State College where she studied printmaking with John Roberts. Upon moving to central Vermont, she had the great opportunity to work as the assistant to renowned Vermont printmaker, Sabra Field. It was during this time that Jeanne began to develop her own unique talent, focusing on the woodcut with its multi-faceted techniques, challenges, and intrinsic rewards. More than twenty years later, the woodcut continues to hold a fascination for this artist.

In addition to being a printmaker, Jeanne enjoys teaching children and adults. She often teaches and hosts workshops at her studio and gallery, Allen Hill Press.